Join us on our e-bike tour with one of our expert local guides and explore the Barcelona Football Club Stadium and the Montjuïc Mountain. 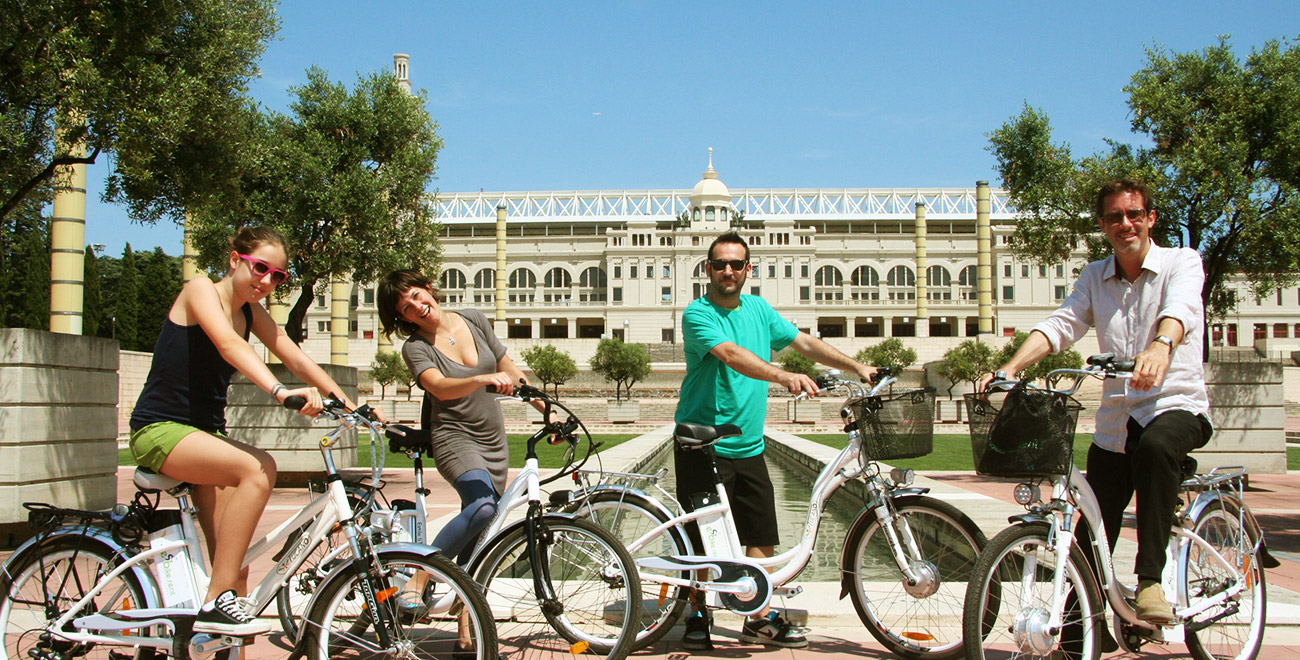 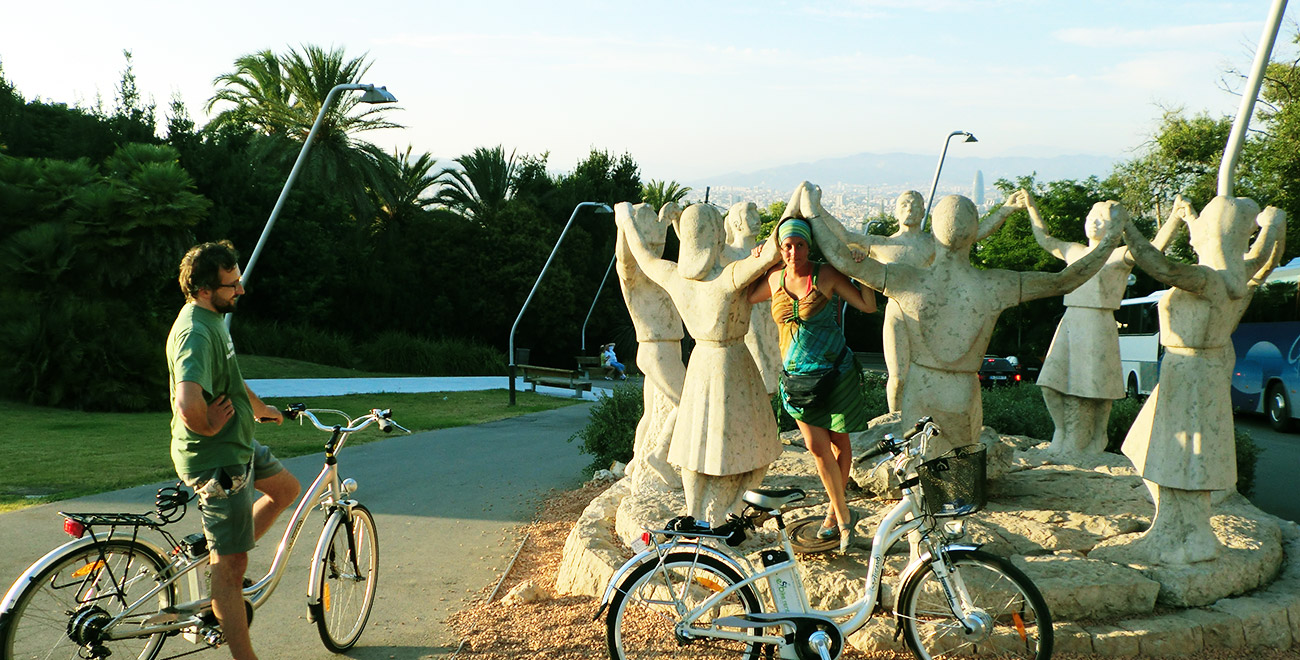 Unforgettable private e-bike tour experience exploring the beautiful Montjuic Mountain and its Olympic area and visiting the spectacular Camp Nou Stadium with Skip-the-line accés. With a professional guide enjoy the views of Montjuic Mountain before immersing yourself in the world of Barça Futbol Club

In this Private Option find the victorious resurrection of this Catalan capital during the 1992 Olympic Games as you investigate the Montjuic region and its Olympic territory by the hand of our local guide.

Beginning with the Olympic zone of the city situated on the heap of Montjuic we can appreciate a first contact with Barcelona and its breathtaking development because of the Olympics. Notwithstanding its fantastic perspectives and its Castle at the top. We will see the brilliant Montjuic Ring and the while our guide clarifies how local people and competitors lived during that time. Wonder yourself investigating the grandness of the Olympic Stadium of Sant Jordi, where a ton of orders occurred during 1992.

In a relaxing Private group we will appreciate the common and green spaces of the visit since we will be in the lung of Barcelona. Our expert guide will take care of your inquiries and solicitations en route

At that point pedal onwards through the roads of Barcelona’s Sants zone, heading for Camp Nou, the celebrated home of FC Barcelona, one of football’s most famous teams. The Camp Nou (which in Catalan signifies «New Field») was initiated in 1957 and it remains the arena with the most elevated limit in Europe.

Find the FC Barcelona Stadium however much you might want and see the eminence of the Camp Nou.

You will have an extraordinary all encompassing perspective on the whole arena! The Camp Nou Stadium a fantastic game sanctuary where you will have the option to feel like a genuine Barça player.

Among numerous different things, you will see a zone devoted to Leo Messi, the prize bureau and the intuitive room, where you can think back about Barça achievements.

Appreciate this total Private visit to know the main spots of the upset of game in Barcelona and Europe just as the marvelous Camp Nou Stadium with an expert local guide.

Made with ❤ by velvetzoo.es in Barcelona